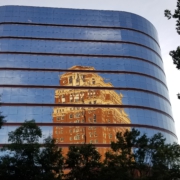 We had the pleasure of working with IESE Professors Joan Enric Ricart and Adrián Caldart on the recently published General Management in Latin and Ibero-American Organizations: A Humanistic Perspective. Exploring the role of the general manager, the book features insights from international scholars on topics ranging from the CEO agenda and sustainable business models to the importance of solid corporate governance structures.

Before delving into the specifics on the role of the CEO, the book opens with a historical overview of general management as a profession, from its inception in 1910 to today. In the wake of ongoing corporate scandals, its evolution offers food for thought.

As the authors explain, the field known as “Business Policy” was first introduced by Harvard Business School in 1910. In the early days, the course was taught using case studies in the absence of textbooks and other conceptual foundations. For the first 60 years, the roles and responsibilities of CEOs were clearly defined from a humanistic perspective, with senior leaders modeled as beacons of ethical leadership whose objectives transcended boosting the bottom line.

By the 1970s, some considered “Business Policy” too enmeshed with HBS and its case-method paradigm. In consequence, they proposed splintering off to create a new field – “Strategic Management” – that they felt better reflected the scientific and analytical rigor inherent in the general management role.

With this new approach, the relative weight of humanism and business ethics in the CEO agenda became increasingly diluted, replaced by economics, empirical analysis, mathematics and statistics. Under the rallying cry “If you can’t measure it, you can’t measure it,” the yardstick for CEOs was now measured by their ability to formulate strategies, devise business models and leverage analytical schemes.

Stifled by the short-term pressure to hit their numbers, many business leaders inadvertently overlooked another organizational asset essential to corporate success: their people. In a word, humanism got lost in the shuffle.

Now there are signs that the tide might be turning. Case in point: a joint statement signed by 200 global CEOs a few weeks ago emphasizing the need for responsible leadership, corporate purpose and delivering value to all stakeholders, not just shareholders. If their words actually translate into action, the pendulum might be finally swinging back in the other direction.