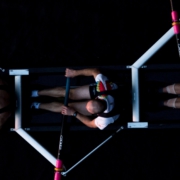 People have deliberated the qualities of true leadership for as long as there have been leaders. Among the long list of leadership essentials, one concept currently stands out: humility.

A while back, I had the pleasure of preparing an article for “IESE Business School Insight” based on excerpts from “Humility Is the New Smart” by Edward D. Hess and Katherine Ludwig of University of Virginia’s Darden School the Business.

According to the authors, the only way to stay relevant in the age of AI and automation is to outsmart the smart machines in areas where they don’t excel: critical, creative and innovative thinking. The linchpin to building these competencies? You guessed it, humility.

By humility, Hess and Ludwig aren’t referring to submissiveness or self-effacement. Rather, they mean the capacity to set our egos aside, recognize that we actually don’t have all the answers and remain open to learning from a variety of sources. Ideas and insights can emerge from myriad directions, often outside our professional circles: from the factory floor, subordinates, your children, your parents, neighbors, people from completely different walks of life…

Hess illustrates the importance of humility by generously sharing firsthand accounts from his distinguished career as a top-level executive. Back then, he approached conversations as purely transactional interactions to transmit messages from A to B, and if they could be conveyed faster through interruptions, all the better. Eye contact was optional and perfunctory nods sufficed if there was no time for friendly banter.

He received a wake-up call one day when HR informed him they were about to lose an outstanding up-and-coming analyst – and it was all his fault!

“He doesn’t believe he has a future here because you don’t like him.”

During his short tenure at the company, the young analyst had taken Hess’s lack of engagement personally, interpreting them as brush-offs and personal rebukes.

Luckily, the story ended on a good note: after Hess sincerely and publicly apologized to the analyst, he decided to stay and eventually became one of the firm’s top performers. It also taught Hess the vital importance of leadership based on heartfelt communication and genuine interest in others, a lesson that had a positive ripple effect in both his professional and personal life.

Staying grounded in humility may seem like glaringly obvious advice, but we all fall short of the mark sometimes. Have you ever stopped to think how your behavior impacts others? Those who think they have all the answers might be in for a surprise!

Refocusing the Role of the General Manager
Scroll to top