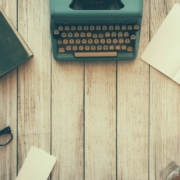 In today’s globalized world, chances are you occasionally communicate in a language(s) other than your native tongue. There are situations and situations, however. After all, it’s one thing to chat up your Parisian neighbor and quite another to draft a make-or-break client brief for a French multinational.

When the pressure is on to sound competent, the following online tools might be helpful.

1 – www.linguee.com This site is a good place to start if you have to write a short text (10-15 words) and aren’t sure about the precise terminology. As an “online bilingual concordance” system, Linguee translates a number of language pairs including English to Spanish, French, German, Italian, Portuguese, Russian, Japanese and many more.

Unlike machine translations such as Google Translate and Babelfish, Linguee uses a “translation memory system,” accessing a database of texts translated by flesh-and-blood translators. When you type in your text, you’ll get a list of around 20-25 entries for your perusal, which vastly increases your odds of a perfect customer-facing translation.

2 – www.deepl.com Especially useful for longer texts, DeepL Translator is an add-on to Linguee capable of converting English into 10 languages: Chinese, Dutch, French, German, Italian, Japanese, Polish, Portuguese, Russian and Spanish. It sometimes offers alternative translations, although these tend to be a shortlist for space reasons.

3 – MS Word “translate” feature. If you have a subscription to Microsoft Office 365 or Microsoft 2019 installed on your computer, you’ll find a “translate” feature in the top menu under “Tools.” Like Google Translate and Babelfish, it will give you the general gist and help out in a pinch but isn’t 100% reliable.

Our go-to sources are dictionary.com and dictionary.cambridge.org, both of which offer American and British spellings (when applicable) and mainstream pronunciations of each with a click of the mini-megaphone button. For American English, another good option is merriam-webster.com, a modern version of Noah Webster’s famous printed tome.

When you’re on a quest for the perfect synonym, both dictionary.com and merriam-webster.com are helpful, although www.powerthesaurus.com is by far my favorite. Since a “rose” isn’t always a “rose” :-), the site lets you filter for different parts of speech (nouns, verbs, adjectives, adverbs, idioms, etc.) to speed up your search.

Photo by RetroSupply on Unsplash